The Chito-Ryu Karate-Do grading requirement used in Australia is based on the ICKF grading requirements (as used in Japan and many other countries).  The belt colours in Australia are different than other countries.  Collectively the shihan-kai decided to introduce a system that awards a different belt for each of the kyu levels 12th kyu to 1st kyu.

In addition, it was decided that students should develop certain “key basics” as they progress throughout the levels.  There are a few extra sets of bunkai (applications), which help give a simple explanation of the kata that are practiced and tested in some Australian dojos.  You will also notice basic bo (staff) techniques and kata are introduced to students, which are taught by Soke Sensei, but not formally part of the ICKF grading requirements.

One final note:  The number in the fitness column in the table below is the number of push ups, sit ups and squat kicks that the student is required to do at each level as part of their grading test.

Download the grading requirements 12th kyu – 4th dan (PDF) or view in the table below. 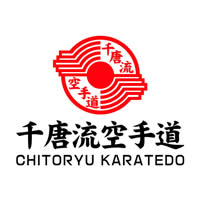