About The Sports Karate Kumite Courses

Get started with our FREE “In Your Corner” Course.  This course is a re-publication of a series of session notes that were pulled together by Coach Karen Armour based on coaching sessions lead by Mitchell German Sensei.  This course is available for FREE to help karate kumite athletes prepare for competition.  Originally aimed at Junior competitors, these notes are relevant to anyone who is serious about developing as a competitive karate athlete.

Through the course, you will learn about:

And… Just in case you’re wondering why you should bother to sign up for this FREE course, we’d like to tell you a bit about German Sensei and Coach Karen Armour.  When it comes to sports karate, German Sensei really knows his stuff; not only is he a highly accomplished athlete in his own right, but he’s also a very successful coach too. 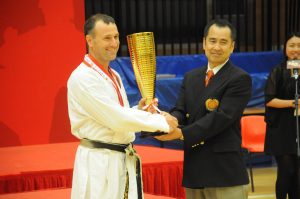 Here’s a short biography of German Sensei’s achievements in the dojo.

And of course, this course would not be available to you now if it was not for the efforts of Coach Karen Armour who pulled all the notes together. 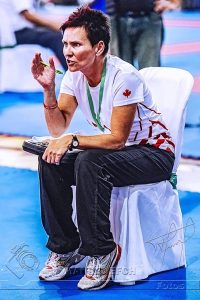 And if that’s still not enough, we’ve also got another kumite course in the works too.  We’ve working on a comprehensive Sports Karate Kumite Development Course, also based on the teachings of Mitchell German Sensei, covering areas such as:

This complete course will have video lessons, drills, course notes and a whole lot more.  But as a first step, get started with the FREE “In Your Corner” Course.